Menu
Log in
Register
Install the app
You are using an out of date browser. It may not display this or other websites correctly.
You should upgrade or use an alternative browser.

I know Lindz is still fedding, anyone else still goin up-n-down the road, working towns?

Promote yo'bad'self! (and the fed your in I spose)

After about seven years away, Lindz convinced me to dip back in. Definitely needed the push to work on shaking the rust off of my writing.

Did the CWF Golden Intentions battle royale, dropped out again briefly to work out kinks in my new character. Preparing to emerge there again following their upcoming PPV show.

Was actually surprised at the number of old handlers that are either still active or poking their head back in after extended absence, like I am. Ditto for some of the 'historic' feds of renown from 10-15 years back that are either reviving or still chugging along.

Violence Jack said:
After about seven years away, Lindz convinced me to dip back in. Definitely needed the push to work on shaking the rust off of my writing.

Did the CWF Golden Intentions battle royale, dropped out again briefly to work out kinks in my new character. Preparing to emerge there again following their upcoming PPV show.

Was actually surprised at the number of old handlers that are either still active or poking their head back in after extended absence, like I am. Ditto for some of the 'historic' feds of renown from 10-15 years back that are either reviving or still chugging along.
Click to expand...

Who's your new character? Shanahan was always one of my favorites to read.

Reckoner said:
Who's your new character? Shanahan was always one of my favorites to read.
Click to expand...

Justin will have Shanahan there as Bathory's manager.

I heard from a reliable source that the old WWA from this neck of the woods might be reopening. I do not have any links to share, though.

Aye, Bathory is the face of a "rebranding" Sect of Black Wisdom. VJ acts in a mentor/manager role now as I made it clear he's too physically busted and broken to wrestle anymore. A one-off 'last great match' is possible but he's largely just a mouthpiece now.
J

I haven't been active in over a decade but I've been looking the past couple of months for something to satisfy my creative side and I can't seem to find it. I've started to look at a couple of feds but haven't pulled the trigger. That is mostly since I don't know if I want to continue to use the Jon Kano character and if I'd do the whole mid 40s broken down wrestler gimmick or retcon him to only be in his 20s. I actually outlined a new character a couple of weeks ago that would be more of a British streetfighter type but I don't know if I really want to commit to anything. If I do either, it's an all in proposition to me. I also need to keep in mind whatever minuscule amount of talent I did have 10, 15, or 20 years ago might be gone at this point and I could sit down to right a roleplay and realize I'm just a rambling pile of shit at this point.

I came back for a brief moment with Lindz in CWF during their whole run up to their Golden Intentions Battle Royale. Proceeded to go undefeated, 3-0, won a mid-tier title, all within the first arc. Place was set to close, then reopen, and with Lindz leaving, as well as my need to spend time focusing on my job more seriously, I took the opportunity to bounce.

I enjoyed myself and the way I approached the hobby. One thing I did was kept myself separated from the daily goings on of their group chats, which was vital, as one thing that hadn't changed since I played the game was the sheer interpersonal conflict and drama that seems so inherent to people in these competitive environments. That's part of a grind I saw weigh on Lindz, as she would tell me about some of the issues she had to deal with in regards to uncooperative opponents, things of that nature. There were also personalities that were strident in their own views of themselves. Thinking back on it, part of me wants examine that as a reflection on past conduct, but the reality is, I truly feel like PTC and the environment here was a pressure cooker that demanded authorial excellence at a very demanding level. It's like Jeff said; we wrestled through our words, trying to dominate each other. Whether it was the manner in which writers composed their prose, or the types of stories they tried to tell, there were disparate traits that, through the way judging was handled and successful reputation was achieved, was ground down and funneled into the tastes of a Pete and others who acted as arbiters of what was good and what wasn't. Not only that, but inordinate amounts of time were being spent on roleplays, the editing, etc., and it wasn't like all that energy and effort was being done for money.

From a time sink perspective, the stresses and agitations of this system was sure to create clashes. Yes, in my most recent run, it was easy for me to say to Lindz "I really don't care if I win or lose" and mean it; I wasn't spending hours on par of a full time job writing fiction trying to win the reputation and achieve benchmarks to ascribe value to my writing capability. All I was doing with Lindz was throwing down trash talk and trying to be captivating with dialogue and delivery, between making her cry laughing at off the cuff observational humor and tear downs of characters. A decade ago, I'm facing up with Joe, a guy I read during my university hiatus, a guy who wrote with such precision and skill that I was caught in utter envy, and we're both in this kiln trying to achieve this same goal of victory (perhaps for different reasons, or maybe the same, I dunno. I know I felt, at the time, that if I ever wanted to pursue writing fiction as a career that I would need to considered amongst the very most elite because, if I didn't, I couldn't actually stand up to ACTUAL career writers.) and it seems like there's only enough space to give acknowledgment to one of us, and it just drove me insane. I'm facing up with the Joe's, the Mat's, the Jeff's, the Dave's, the Josh's, and others too, and the entire time, I'm driven to this conclusion of total victory, fueled by it, but my god, the damage, the flagrant flailing stupidity, the horrible unmodulated tantrums. In the end, I should have been bonding with Joe over my fandom of his work and his skill, just like I did with Josh and Dave and others. If it was now, I'd have the emotional skills to cope with losing to him, in losing GTT, in being eternal bridesmaid (and being so dumb not to celebrate the personal accomplishment of continued success over my last two years in PTC), in realizing my own failings (which isn't to say I'd of bested Joe, like, Christ, the arrogance required to argue self sabotage as the only viable reason I could have lost is so ridiculously dumb I can't even fathom it). No, then, I viewed myself as a finished product, that this was the best I'd ever get to, and if it wasn't enough, just cut my hands off. I didn't realize you could reach the summit of Everest in the trying.

If I was the person I was today back then, oh man, that would've been real fun.

Yeah, some serious clownery went on. And since I came back to this hobby to write with Dave Brunk (not a PTCer), and he wasn’t sticking around after the nonsense happened, I wasn’t going to either.

You and I had fun while it lasted at least. Maybe we’ll have fun again somewhere else.

I didn't write for about 3-4 years after GTT7, but have been active off and on for the last 9. Mostly just at 1 forums-based community/federation that I've been a part of for nearly 14 years now. Upcoming show will be my 161st match with this fed since I first joined all them moons ago. 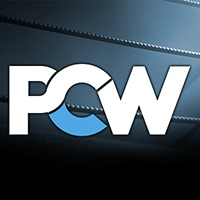 Visit our forum at: pureclasswrestling.com

Handling my first/main eW character there, Justin "Stormm" Michaels. I was too stubborn to bring him to PTC back in the day for some reason, and felt I needed to develop "better" characters back then to use around these parts.